The American contemporary artist Richard Jackson knows how to push things to the limit – with the help of colourful paint being pumped through his installations, funnels, tubes, mouths ears and all sorts of other body parts, for his exhibition UNEXPECTED-UNACCEPTED-UNEXPLAINED at the Schirn Kunsthalle in Frankfurt/Germany. Air compressors are at hand to do the ‘messy’ deed, whilst social issues and critical commentary is addressed in separately themed rooms with rather provocative wit. Comprising of 12 separately themed rooms altogether, the Dining room is particularly ‘in your face’, which, upon looking closer, shows scenarios every visitor can probably relate to or has experienced at least at some stage of their lives. The Delivery Room, as well as The War Room, mirror their own respective and problematic circumstances, with more paint being pumped through what could be described as comic Disney characters. Humour is of the essence when visiting this exhibition at the Schirn, which , for the first time, has actually assembled 5 of the 12 thematic rooms for this show. Now extended until the 5 July, go and see this exhibition if you can, as you’ll never see anything like it again.

Originally born in Sacramento in 1939, Richard Jackson has since become an iconic name in
the world of art and painting. Jackson is not just any old artist due to focusing his skills on
the radical expansion of painting – he expands the activities of painting and instead of using
generic instruments to create his art, he favours the use of vehicles, machines and everyday
objects. This has given him the reputation of a Neo–Dadaist!

Jackson has innovatively made the radical expansion of painting his primary focus, much
more so than any other artist of his time! The infamous artist uses the formal picturesque
boundaries and pushes them as far as he possibly can! This allows him to create bizarre
situations which connect the usage of his paint and the actual use of the machines to its
processual aspect.

Now notorious for his use of the grotesque, Jackson’s rooms have developed a reputation of
being absolutely hilarious – but they also serve as a provocative critique of both society and
art! When you delve into the inside of Jackson’s rooms, it isn’t quite like anything you have
seen before! Animals, comic figures and objects are used to create the central protagonists
in the rooms. This is helped via the use of pumps and air compressors as they allow an array
of rich, vibrant colours to flow through tubes that travel through a plethora of things:
mouths, ears, furnishings, walls and even the characters themselves! It really is such a
unique, creative use of paint to tell a wacky story!

And now you can see Jackson’s brilliant talent come to life in the flesh with the new
exhibition at the Schirn Kunsthalle in Frankfurt! The exhibition will display many of his
world-renowned Rooms. Some of these quirky yet fascinating rooms include:

Throughout all of these rooms, one element is ever-present – they combine a critical
commentary of painting alongside their social contexts. So, if you’re like us and you not only
like looking at art but also examining it and delving further into what it could be reflecting
from society, you are in for a treat with this exhibition!

Richard Jackson’s ‘Unexpected Unexplained Unaccepted ‘exhibition at the Schirn Kunsthalle
Frankfurt has been extended until the 5th of July 2020.

#dinner #alfresco with the #lovely #beranparry @be

#happy #birthday @eatseverything ! #sorry we could

#CheckThisOut : the #American #contemporary #artist #RichardJackson has his #exhibition @SCHIRN in #Frankfurt extended until the 5th of #July ! #unexpected #unaccepted #unexplained #mustsee 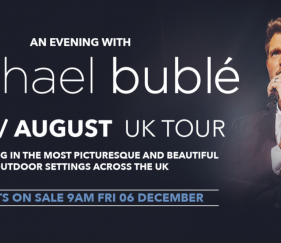