Known around the world for his acid humour and slamming the truth right in your face, street artist Banksy was honoured with yet another ‘unofficial’ exhibition at La Térmica in Málaga on the Costa del Sol! A former hospital/sanatorium, this space was perfect to portray the world in all its facets and problems, which ‘need mending’! On show for the very first time in Spain(!), the over 40 pieces, that were donated by private collectors, included sketches, prints, installations, sculptures, video and photographs, which made this exhibition so very special! La Térmica said, that this was they were bowled over by the success of this show and that it’s their most successful exhibition to date, stating that over 60.000 visitors walked through the doors of this cultural centre to enjoy the crazy art and ‘rough love’ statements by the man from Bristol. Couldn’t make it? Then watch the video now to catch the vibe at this incredible tribute to one of the most controversial artists of our time

Widely regarded as one of the most influential artists of all time, Banksy’s identity still remains unknown to this day. We know that he’s from Bristol, but his figure is still being held in a whirlwind of mystery. Accompanied by his controversial art, immersing the viewer into modern reality, the greatest PR stunt of all time (which is remaining incognito,) resulted in Banksy obtaining a prestige reputation. And honestly, it is fully deserved! The vibrant colours and innovative methods that are portrayed in his work makes for an excellent exhibition. TA-DAH. TV went to check out Banksy’s “Art of Protest” exhibition in Málaga, to find out about why this particular show of Banksy’s art offered a different experience.

Spanning a massive 13,000m2, La Térmica, (The Thermal) is a beautiful building located in Malaga, Spain. Acting as a social and cultural container, the building boasts a vast array of artistic displays and exhibits. As well as offering workshops and training, La Térmica displays a plethora of works of performing arts, cinema, fashion, design, music and so much more! There really is excitement for all, no matter what your background or interests. The most recent sensation here has been Banksy’s Art of Protest exhibition, offering an insight into the universe of a fascinating artist. The exhibition contains over 40 pieces of Banksy’s work, including videos, sculptures, installations and his original works. Let’s take a look at a couple of the most famous pieces TA-DAH.TV were able to see!

This masterpiece is classed as Banksy’s most famous work. Originally painted on Waterloo Bridge in 2002, the painting shows a young girl reaching for a red, heart shaped balloon that is flying away. Since then, an abundance of copies of the image have been painted around London – not to mention all the framed copies too! The image became so famous that it was even projected onto the Eiffel Tower and Nelson’s column. Not only that, but an animated video was constructed of the painting, which included a narrative being told by Idris Elba and music from Elbow. Talk about recognition! 2,000 people were questioned on their favourite art piece and the results showed that Girl with Balloon was the people’s number 1 artwork. In October 2018, a framed copy of the image sold for a whopping £1,042,000 – officially the most valuable work of Banksy’s! After the image was auctioned, the painting shredded itself via a shredder inside the frame. Yikes! However, the shredding in fact made the painting more valuable and now has a new name of “Love Is in The Bin”. TA-DAH.TV loved seeing this work of beauty in the flesh!

Banksy released an Andy Warhol inspired painting of Kate Moss in 2006. Originally, 50 blue versions were printed of the image, followed by 20 each of a further six colours. After the painting had gained fame, Banksy surprised Kate Moss by putting the image in her bathroom when she was on her honeymoon. How’s that for romance! This stunt propelled the image into the limelight, and as a result, multiple copies have sold for 6 figure sums. This image is now regarded as one of Banksy’s most recognisable works – and it comes as no surprise! The beautiful blend of vibrant colours pays homage to Warhol’s work, as he glorified people who had reached legendary status. By adding Marilyn Monroe’s hair onto the face of Kate Moss, Banksy had cemented his status as an innovative, generation-defining artist. How lucky we were to see the painting at the Art of Protest exhibition!

We hope that the above information has been of help to all of you Banksy-holics! We are so blessed to live in a time in which the likes of Banksy, and many other talented artists, have their work on display for us lucky folk. Above is the video link to TA-DAH.TV’s trip to the exhibition. Have a fantastic day!

...and the Austrians ended up in the #Finals2021 playing against #Italy and only lost on a #penalty point! Our #cover of this incredible #sports #EVENT will be out soon...#WATCH more great #POLO on @TADAHTV 's sports #Channel :
https://ta-dah.tv/sports-channel/

The last secs of the #Austria vs #Germany #POLO #match of the #European #Championship @SantaMariaPoloC !Austria won 6 - 4 1/2, what is so remarkable is that the #German team consists of 3 #Brothers averaging 16yrs of age,playing against a team of grown men #ride like the #devil 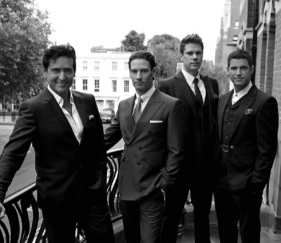