Carl Cox is one of the biggest names on the scene – his headline shows are a must see and festivals are desperate to get him on their bill. If you don’t know Carl by now, here’s a little bit about him and his music:

Originally hailing from Oldham, Greater Manchester, in the UK, Carl Cox is now seen as one of the most influential figures in British acid house and techno worldwide, with longstanding residencies at the biggest and best venues in the world including countless club nights in Ibiza at Pacha, Ushuaïa Beach Hotel and Privilege, as well as 15 years at Space Ibiza, where he was literally part of the furniture. His ‘Global’ radio show, which rakes in around 17 million listeners each week, is still going strong, although he is now no longer presenting. All the while, his own record label Intec Digital backs up his reputation as a veteran DJ act and power player of the underground music world, promoting emerging talent.

In recent years, the EDM legend has appeared at festivals across the globe, receiving a roaring reception wherever he plays. You can catch Carl at festivals spanning any genre, from EDM tailored events such as Tommorowland in Belgium (where he has his own stage, the Carl Cox & Friends Stage), to Sonar in Barcelona, the Kappa FuturFestival in Turin/Italy, ADE and Awakenings in The Netherlands and Creamfields in the UK, to more varied line-ups such as Glastonbury and Manchester’s Parklife. If you’re lucky enough to have caught Carl at Junction 2, you’ll have been able to see a true techno highlight as he went B2B with Adam Beyer – a monumental double session.

If you want to catch one of Carl’s life-altering sets for yourself, here’s a few of the venues and festivals he’ll be playing in the near future:

Where #athletes train in the best #snowboarding conditions ahead of competing! We followed the Spanish SB Slopestyle #Champion to #Livigno in #Italy and other favourite locations. #outsoon on https://ta-dah.tv/sports-channel/ #snowboardjunkies #snowboard #Training 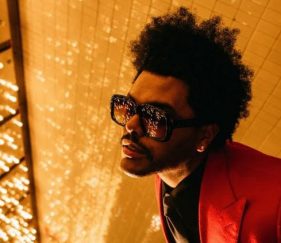