His staying power is second to none, considering he brought out his first album ’Born To Do It’ in 2000 (yes, three zeros)! See him live and you understand why this singer-songwriter, DJ, rapper, record producer is still at the top of his A-game decades later! At the Gibraltar Music Festival he first played his set as a singer, and then delivered his TS5 DJset, which left us all with our jaws on the floor.

The hits kept on coming, whether young or old, they still sounded fresh, and the audience knew all the words, right across the generations. His all-round talent is just awesome, and you couldn’t meet a nicer guy – hence, you could really feel the love out there for him. ‘7 Days’ is one of the most iconic pop songs of the 90s, and his live performance didn’t stop short. What a treat it was to have him perform in Gibraltar – watch the video now to relive the moment…

Originally from Southampton, Craig David has got an Afro-Grenadian dad and an Anglo-Jewish mum – wow – which probably also makes him the cosmopolitan character he is! He is one of the nicest acts in the biz, and we think, this is one of his greatest secrets…and greatest assets: that he is such a likeable guy, quite apart from the massive talent he has shown to have. An all-rounder in so many ways, he sings, raps, writes songs, has big roots in R&B, yet churns out pop, dance, hip-hop & garage tracks, having sold over 15m albums, of which many went multi-platinum, paving the way for him as a highly successful solo artist.

Talking Southampton and football, he supports Southampton FC, of course, and loved taking part in Soccer Aid at Wembley Stadium, where he picked up the ‘Man Of The Match’ Award, playing alongside English soccer stars and absolute heroes like Alan Shearer, Teddy Sheringham and David Seaman.
When it comes to social conscience, he has a big heart too: becoming a Goodwill Ambassador for the World Health Organisation against tuberculosis. For this, he travelled to South Africa, and returned to Kenya years later to trek 100miles across the Kenyan desert for Comic Relief as part of Red Nose Day, alongside TV presenters Dermot O’Leary and Lorraine Kelly, as well as singer-songwriter Olly Murs.

After all these years, he still puts on huge tours and parties the nights in Ibiza, where he has regular residencies during summer, literally being part of the furniture at Ibiza Rocks Hotel. Taking the batteries out is just not an option…

Craig David’s life took a turn for the worse, when his nice-guy image was under attack, having been caricatured in the British TV comedy sketch show Bo’ Selecta!, in reference to David’s first big hit. Over night, his reputation took a nose-dive and his fortunes changed. He suddenly lost direction and this was evident in his work too, having produced an uninspiring cover album of Motown songs. He wasn’t happy at all about this kind of karaoke album, and felt he was losing touch, turning out his own authentic dance tracks no longer.

That’s when a move to Miami seemed a good idea, however, hanging out in VIP-areas of local clubs and doing parties for the sake of it, didn’t make him happy. Pumping iron, meaning concentrating on weightlifting, didn’t fulfil him either, so he realised he had to hit the studio and get back into writing, or else…
That’s when he began to develop a new musical project, after starting to host house parties in 2012, just for his friends hanging out at his apartment. The apartment number was TS5, and the rest is history! The TS5 concept gave Craig David a new lease of life, returning to the music industry as a solo artist once again, starting second time around.

Enjoying gigantic success with his debut album Born To Do It, featuring massive hits like Fill Me In, Last Night and the iconic track 7 Days, the follow-up album Slicker Than Your Average also boasted huge hits like Rise & Fall, in which he duetted with the multi-award winning Sting, as well as What’s Your Flava. His then produced his 3rd album under a new contract with Warner Music, churning out hits like All The Way and Trust Me. For the mega track Hot Stuff (Let’s Dance), he actually managed to get David Bowie’s permission to sample his number-1 single Let’s Dance (from 1983 – OMG) and produced yet another dance floor filler. This clearly portrayed his talent to mix and mash, put his own twist onto riffs and reproduce proper bangers from samples of other artists. Was this leading the way to his TS5 concept, which was to mature many years later? We think so…

A new deal with Universal Publishing Group in 2013 gave TS5 the platform it deserved, seeing David off to do a world tour, whilst London’s Capital Radio announced that it would air David’s DJ set on a weekly basis, giving it a prime time slot on Fridays at 22.00h. TS5 is an inspired concept: first it allows David to be DJ, putting together awesome playlists of tracks, he then actually sings to. How he remembers all these lyrics remains to be a mystery, but spinning the decks and then move into a live performance, effortlessly, is a talent not many solo artists claim to have. The DJ – live act aspect of this concept is so appealing, that when the Ibiza Rocks Hotel came knocking on the door to get him to play for the summer season, his residency contract was sealed. The pool parties seriously took off and are presenting an integral part of the summer schedule on party-island – his TS5 pool parties at the Ibiza Rocks hotel are legendary by now. He tours festivals and the rest of the world with this concept to great acclaim, as it is so uniquely HIM. Check our TOUR DATES section for the latest updates… 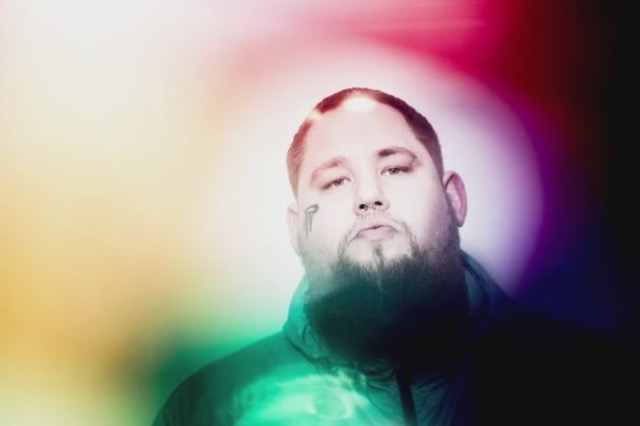