When Tom Jones plays the Starlite Festival in sunny Marbs, the whole of the Costa del Sol turns up! Covid had put a spanner in the works in the last two years, with many live gigs cancelled, so people were absolutely pumped to have this living legend back in their Spanish hood. Apart from the barmy army, waving their Welsh flags, fans from all over Europe attended, including Denmark, Holland, Germany & Portugal, eagerly awaiting what Tom’s ’Surrounded By Time’ tour would bring.
Following this recent studio album of his, anybody who knows Tom Jones, also knows that he is open to new sounds and beats, so quite apart from classics like ‘Delilah’ (which they played in bossanova style as a nod to being in a Latin country), and ‘Green, Green Grass of Home’, the crowd erupted when rocky ’Sex Bomb’ came along! Staying with rock/pop, he then covered Prince’s song ‘Kiss’, and needless to say, ‘You Can Leave Your Hat On’ was delivered with the sexiest vocal around! However, the endlessly talented TJ managed to rap, lent his voice to some far out beats with Indian Sitar sounds, and kept true to his love of RnB & Blues itself. His band comprised of extraordinary musical talent as well, offering great solos and individual performances on the same level. No slack at any time…
On a day when temperatures reached highs of 37ºCelsius, he turned up the heat on stage at night! The Nagüeles quarry (La Cantera de Nagüeles), where the boutique festival is staged, is situated up in the mountains above Marbella and  was a perfect location for Sir Tom to perform at: a little ‘far out’ and properly colourful, in particular when the spot lights hit the rock walls of the quarry surrounding the stage – it was the ultimate setting for such a unique show! The event followed strict covid guide lines, and whilst festival goers have to wear a mask during the sit-down concert, it felt just wonderful to have the stage so close and have Sir Tom perform at such close proximity, when sitting in the stalls and the VIP boxes.

It was a brilliant night out, with plenty of entertainment going on outside the auditorium after Tom’s show, so hit the start button below now to sample the atmosphere during the concert. 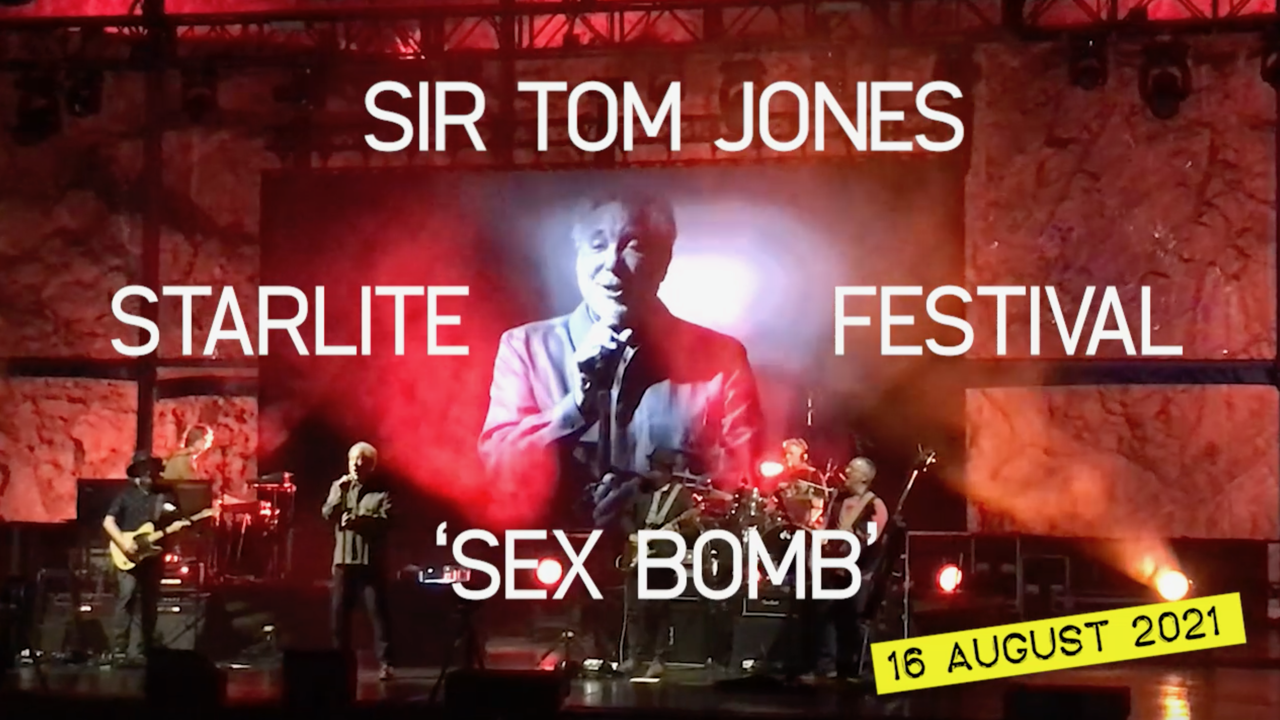